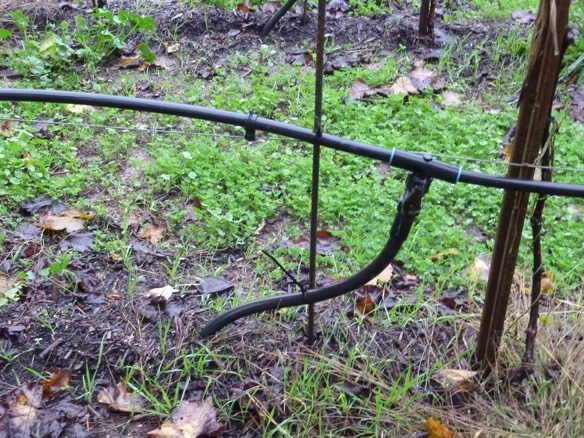 Why am I moving the hoses? Well…when I put the irrigation hoses in I put the drips about 6” uphill from the vines with the connection hoses vertical. Now, I want to move them in-between the vines so that the roots will seek out water. Secondly, I needed to put in rebar next to the hose to make sure it does not stick out in the row when I mow…this the black ties. Lastly, at the end of the rows I used long black ties to secure the end of the hose to the endposts. This will keep the hose from drooping during the year and give it that finished look.

These little items are perfect winter projects, and they will make my life much easier next year. 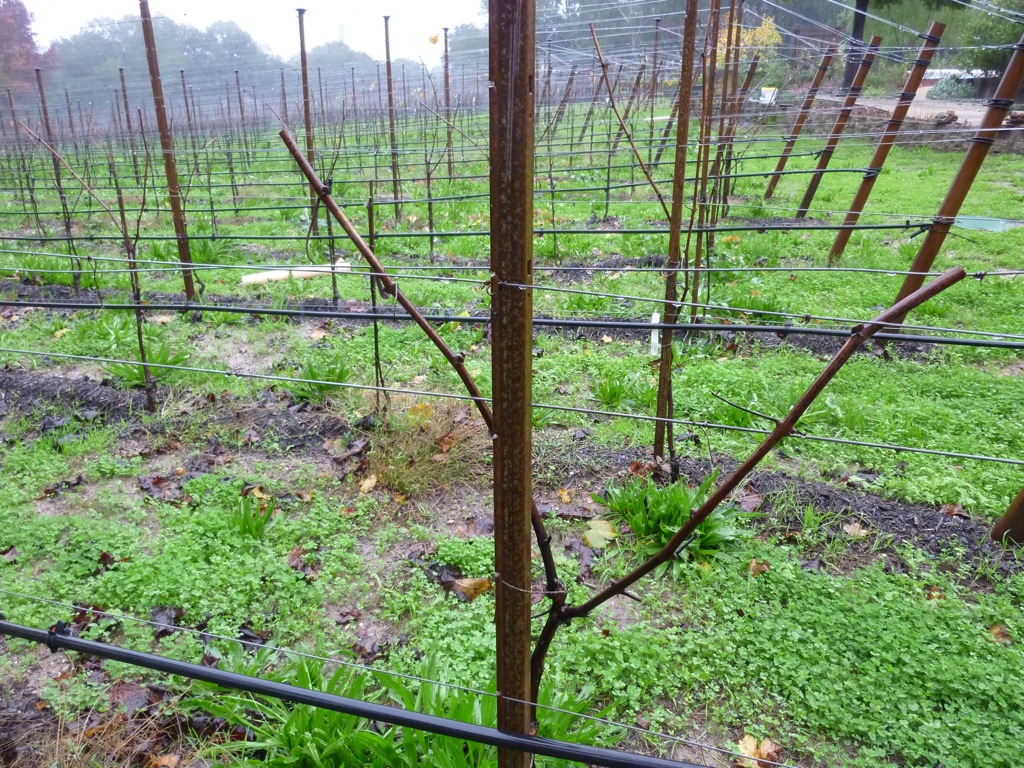 Most folks prune in the winter months of January/February. Mainly it is because if you prune in the fall the vines will bud earlier in the spring, and if they do and you get a hard freeze then you will lose most of your crop. Here in Sebastopol, I have not seen hard frosts the end of March to mid-April. So, I am going to begin pruning now as it will take me at least 80 hours this year to prune and probably 120 hours in future years. This will spread out my work thoughout the year, without the mad rush in February/March/April. Hopefully I’m right about the frost timing. 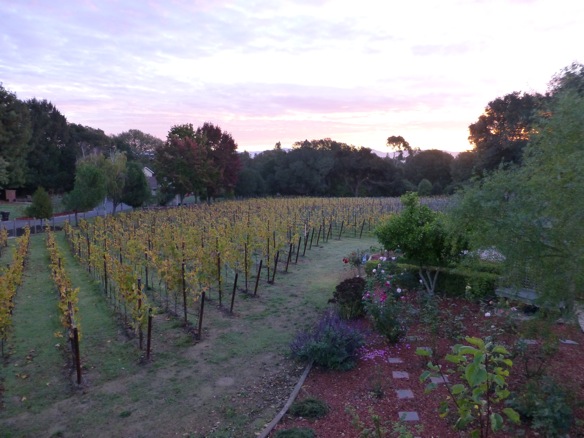 What can I say…I woke up this morning to a beautiful sunrise over the vineyard as the vines are showing fall colors!