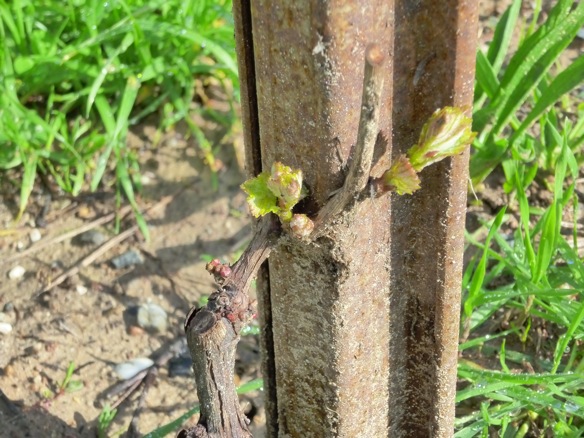 Our first bud break happened around March 22nd…….could not tell the exact day as it rained most of the week. I found it on the 24th. I’m not exactly sure what is the official time…the first or 50% of the vineyard….but I’m recording this one! Most of the rest of the vines are still getting close, but no green showing yet. The weather forecast calls for sunshine next week so I expect all of them to spring to life in the next few days.

Well, I guess we are an official vineyard as far as the California Department of Food and Agriculture is concerned. They put a European Grapevine Moth collection trap in the vineyard. Sure hope we don’t get them. Many times they are spread by people or machinery, so since I’m doing most of the work, the chance that we have them should be small. 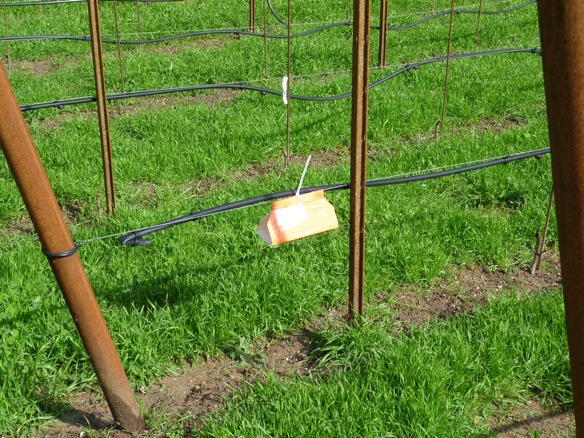 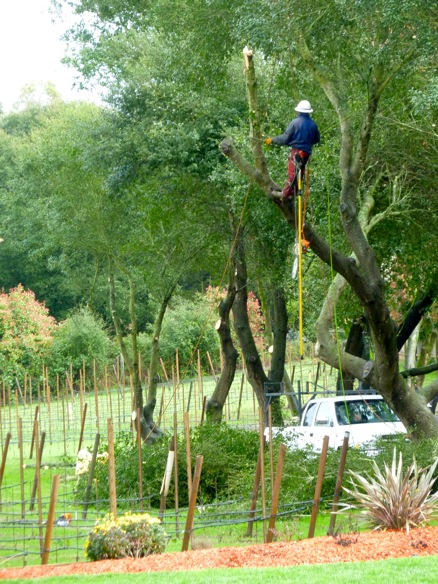 One of the challenges at our site is the oak trees on the south and east side of the vineyard. They shade the vines…and as everyone knows you need good sun for healthy plants. So, we decided to do a second pass at thinning our oak trees. Some came out good and some perhaps got a little to “thin”. 3 Men 8 hours for tree thining…..FYI….I pulled weeds for 2 hours and mowed for 2 hours on 3/9, more fun.

Anyway, we are waiting for bud break….anytime now!!! Below is a before and after picture. 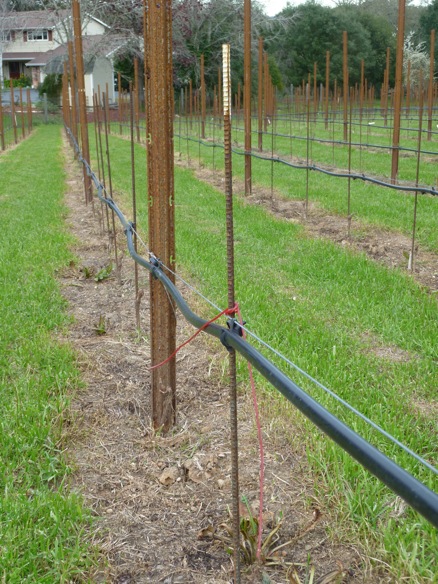 Bud break is a most exciting time of year in Wine Country. It is the time the vines come to life and the season begins. In 2010 we planted after bud break……so no bench mark. Normally it comes around the middle of March, and then everyone hopes we don’t get a hard frost.

So, we had a few visitors this last year who picked out vines. I’ll put their names and pictures on them later in the year, but for now they are marked with tags, and we can see whose vine starts growing soonest. (also will see if they read the blog). So we have 3 vines in the running…..Bob and Lisa Wise (I only have one marked), Lynn Smith and Don Smith. The pictures are in that order from left to right. Lets also hope I did not burn them when I flamed the weeds twice in February. It is hard to see but they are all “swelling” so all looks good so far. 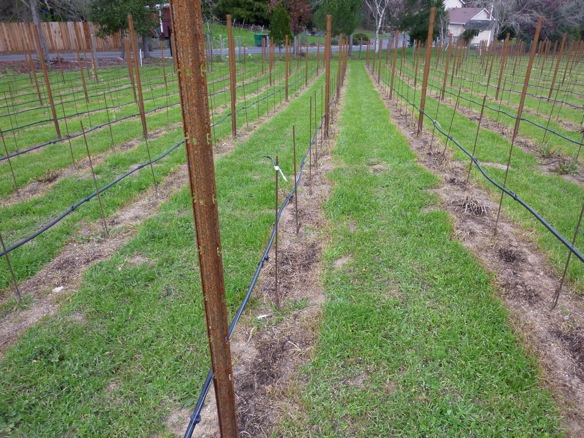 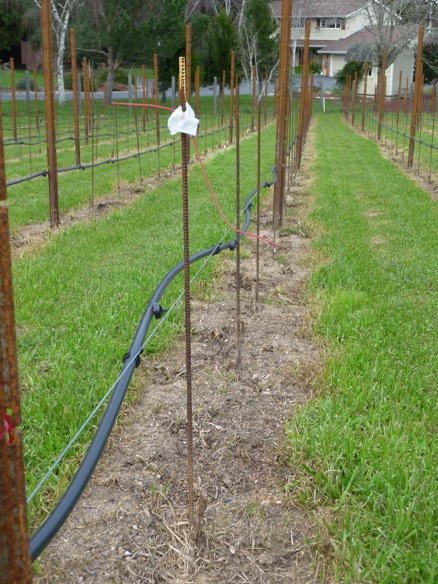