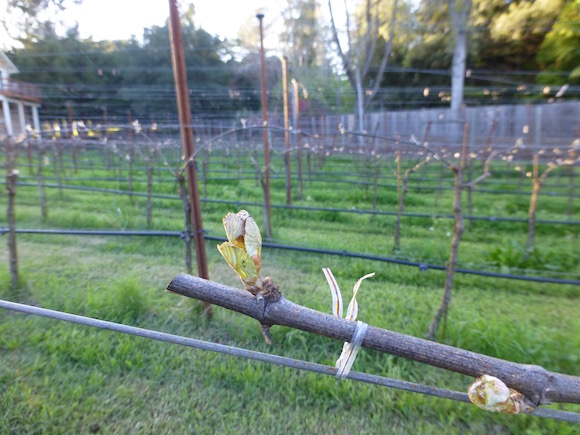 Bud break this year was 3/14, almost 3 weeks later than last year which is a very good thing!  Based on my predictions the last 4 years we have averaged 183 days from bud break to harvest.   This year we will delay a week for riper fruit…so my prediction is 9/20/16.

How much you ask?  Well, this last year we had a disastrous fruit set which resulted in a 60+% loss in fruit.  After all is said and done with new bench graft plantings and grafting over the Merlot we will have 3000 vines.  I’m estimating a 90% efficiency at 3.5 pounds/vine. I’m hoping for a better fruit set than that, but still being cautious I’m guessing 4.7 tons of Pinot Noir and 350 pounds of Sauvignon Blanc.

I’ll offer a free bottle of wine to the person who comes closest to the pounds of Pinot grapes we harvest this year. Post here on my Turtle Vines Facebook page in the next week or email me and I’ll publish the names and guesses…and we will see who wins 5 1/2 months from now.

Stay tuned for the results!

Well, not often do you see the North Coast grape harvest drop like it did in 2015 (sort of like a $2 bill)…unless it was from the recent Great Recession.

Due to the 23% drop in tonnage harvested (we were off by 60%!)…the amount of money to the vineyard’s in the North Bay reduced to $1.12B from $1.46B.  However, due to the shortage of grapes the price went up 5% in Sonoma County…and the Pinot Noir average price was $3,500/ton.  For those not in the business, this translates to just about $5/bottle (~55-60 cases/ton) just for average grapes before any processing starts which is more expensive!  Grapes that make excellent wines are much more expensive and could be twice as much!  Now you know why Pinot Noir in the Russian River Valley is expensive. 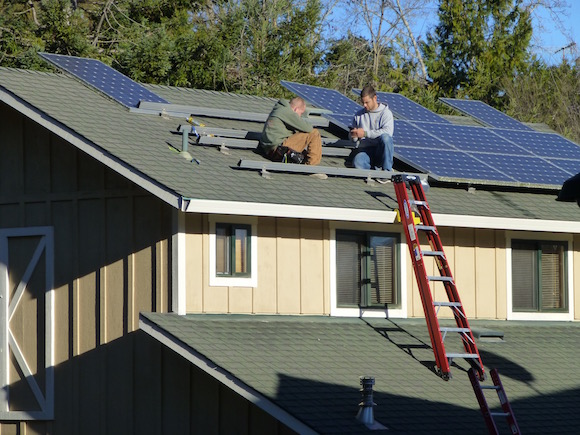 Sebastopol, our agri-artsy Sonoma County outpost, (Jerry Garcia went to High School at Analy 1/2 mile from our house) was the first city in the US in 2013 to implement a building ordinance that required all new homes/buildings to include solar systems that provide 2 watts of photovoltaic-derived power per square foot of insulated building area. The system must offset at least 75 percent of the home/building’s total annual electric load.

We are in the county but on the Sebastopol border, so it is not applicable to us…but being good neighbors, stewards of the environment and cost efficient people…and we were about to rent on VRBO, we decided to add to our solar in 2012.

When we purchased our home there was already 7 kW of solar.  We added 2 kW February 2012 that would take advantage of the morning/mid-afternoon sun.  In addition we have converted most of our lights from incandescent/CFL to LED and upgraded our pool pump to variable speed…but I had to add a wine room for the Turtle Vines Inventory!

So…why the picture above?  Installing solar panels after the roof is installed has risks…namely leaks.  We are now figuring out the best way to fix the roof, but we are committed to solar!