We had the good fortune to be in Kona, HI last week with family.  It was a great trip!

When Joanne and I vacation we love to visit small farms to learn from them and hopefully bottle some of their enthusiasm to bring home.  We ended up at Original Hawaiin Chocolate Factory (OHCF) .  What a great story and a wonderful tour of how a family moved from North Carolina 15 years ago, bought a 5 acre farm and started making chocolate.  They are the only bean to bar maker of chocolate in the industrialized world!

So, what did I learn and is it like making hand-crafted Pinot Noir in Russian River Valley?  Let’s see.

Cacao is grown 15-20 degrees from the equator in 3 major varieties…Forastero, Criollo and Trinitario.  Cacao trees  are pruned to 10-15 feet and blossom 5 months of the year.  The fruit takes about 6-7 months to ripen.  You can tell they are ripe when they brighten in color.  They say when they look like Easter Eggs, they are ready to pick!  Since the blossoms take 5 months and they fruit take 6-8 months to ripen, you can’t harvest cacao all at once.  They do it every 2 weeks to ensure optimal flavor.  Wow, a labor of love.

Next they cut open the pods (top picture) and take out the white seed/beans.  These are then fermented to remove the white outer material for 6-8 days. 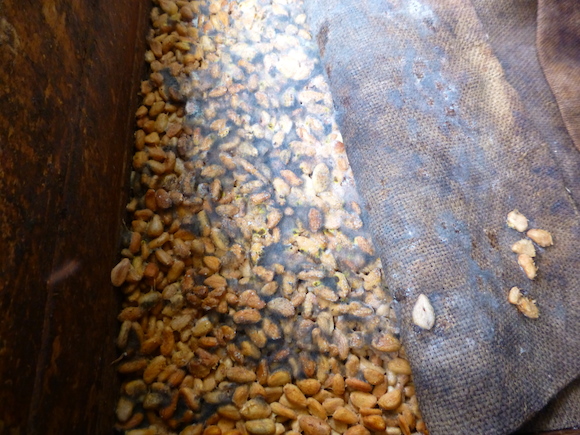 Then they are dried in the sun for 22-28 days to lower the moisture content to <7%.  At this point they can be stored almost indefinitely. 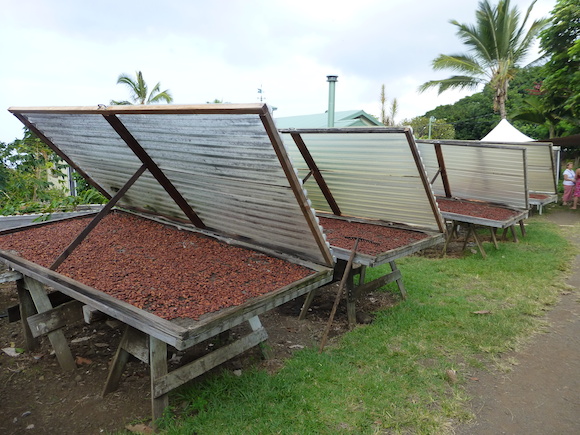 Then the fun part begins.   The beans are now roasted.  It took them a lot of experimentation to find the right time and temperature to give the correct flavor profile.  The bean are now winnowed to remove the outer shell and crushed into nibs.  Next the nibs are ground down into a thick liquid mass and vanilla and lecithin are added to make dark chocolate.  This process takes up to 18 hours to get a velvety texture.  The liquid is then cooled from 120 F to 86 F and then poured into molds. 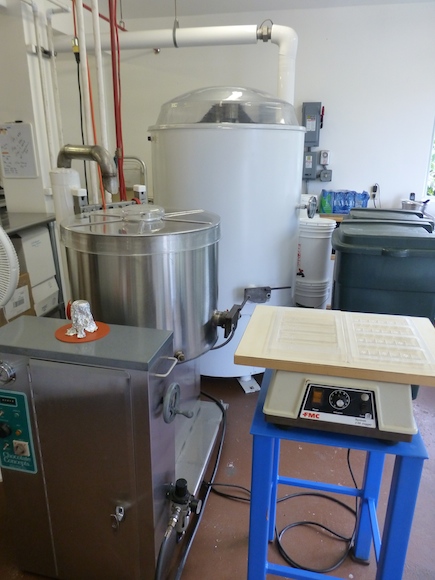 And then you have chocolate!

We loved the Criollo Dark Chocolate…tastes very smooth but has 70% cacao without any milk.

What did I learn…Just like growing and making wine, a tremendous amount of effort and passion is needed to make a good final product.  For chocolate I think the skill is in the correct harvest time and in processing.  For wine, I think more time is spent in growing the produce.  In both cases…grow a wonderful grape/bean and then don’t mess it up in how you process it! 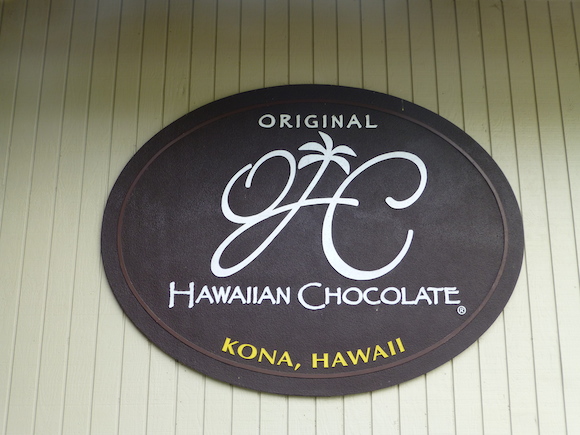 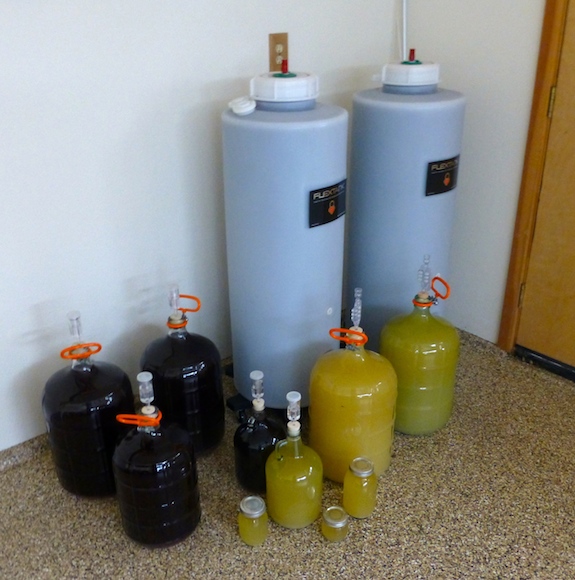 All of our 2013 wine is now set for the winter.  The Pinot Noir is undergoing malolactic fermentation and probably won’t finish for at least a month or longer depending on the temperature of the garage.  The Sauvignon Blanc is finishing primary fermentation and we will introduce malolactic bacteria in a few weeks when we rack a third time.

The following article was in the Press Democrat, the Santa Rosa newspaper on November 3rd, 2013.  It is so interesting in that we went through the same issues as he did last year and came up with the same solution!

Like many winemakers, Mitch Black scrambled to find a place to store his wine last year when the largest grape crop in California history unleashed a flood of wine.

Companies that make wooden barrels and steel tanks couldn’t churn them out them fast enough to meet demand from wineries and growers, like Black, who were looking for a place to put their juice.

So Black, along with a growing number of winemakers in California, turned to plastic containers to ferment and store his valuable crop.

“I went big into Flextanks last year, because I didn’t have another option,” said Black, owner of Black Knight Vineyards.

In an old barn surrounded by vineyards on his Santa Rosa property, Black keeps several plastic cylindrical barrels that he uses for his personal winemaking. A batch of pinot noir grapes ferment in a thick, blue plastic olive barrel that holds about 55 gallons of grapes and their steaming juices, while a series of 70-gallon Flextanks, made of a oxygen-permeable polyethylene, hold maturing pinot noir from the 2012 and 2013 crops.

For his commercial operation, Black has a series of larger, stackable Flextanks that hold up to 300 gallons.

Flextank, one of the main domestic manufacturers of plastic tanks for wine, has increased its sales about 20 percent a year since 2006, said Mike Humes, vice president of operations and marketing for the Athens, Ga., company.

“Once we get a foothold, our sales keep growing as people stack them up,” Humes said.

The Flextank vessels are free of BPA and phthalates, a group of chemicals that make plastic more flexible, he said.

“We thought we were doing something unique, but oh no, it’s becoming more mainstream,” said Erik Overholt, winemaker and vineyard manager atLinde Vineyards, a small winery in Cloverdale. “Many wineries are not wanting to mention it, because it doesn’t fit in with the romantic notion of wine.”

Overholt, a grower-turned-vintner like Black who began making wine when it was tough to sell grapes, now makes about 500 to 600 gallons of wine per season, he said.

When Overholt was comparing prices for plastic and stainless steel tanks, he found a steel tank that held about 150 gallons cost almost the same price as a plastic vessel that held 300 gallons.

“If you want to maximize your storage capacity and minimize your cost, obviously the plastic will be much more cost-efficient,” Overholt said.

The plastic tanks come in a range of sizes that make winemaking more manageable for small to mid-sized wineries, vintners said.

“A lot of the wineries are really gaining some acceptance in using this,” said Ron Althouse, director of sales for Tanks for Wine, which sells Flextanks. “At first it was kind of slow.”

Plastic tanks are being used by winemakers for fermenting the grapes, a process that can take several weeks depending on the varietal, and for aging wines, which can take about a year for some white wines or several years for reds. The wines are moved to bottles after they’ve spent time maturing, and can be aged further in the bottle.

After the oversized crop in 2012, when a record 266,000 tons of grapes were harvested in Sonoma County, many wineries still had juice in tanks and barrels when the 2013 crop — which many are predicting will be just as big — started to roll in.

That sent some shopping for alternatives to traditional new or used barrels, which have been more expensive since supply ran low last year.

“You used to be able to buy a used barrel from $20 to $60 depending on the conditions,” said Christopher Christensen, owner and winemaker for Healdsburg-based Bodkin Wines. “Those prices effectively doubled as barrels got snapped up over the summer. To a certain extent, barrels became cost-prohibitive.”

Christensen chose to invest in plastic containers for fermenting grapes after working in Australia, where the practice is more common, he said. He still ages wines in wood barrels, but is considering purchasing a plastic, egg-shaped vessel that can be used for fermenting and aging wines.

“I know concrete egg tanks are all the rage, but I didn’t exactly have the capital to spend on a concrete tank,” Christensen said.

Meanwhile, oak “staves,” which are wooden slats or chips that can be used to impart oaky flavors in wines aged in plastic, stainless steel or older barrels, have been growing in popularity, according to Alicia McBride, general manager of Innerstave, a Sonoma-based company that makes oak inserts from American and French wood.

The interest in alternatives to traditional oak barrels often comes from younger winemakers or those that aren’t “hung up” on wine being in a barrel, she said.

Many premium and ultra-premium wineries are using plastic tanks and oak staves, but most don’t want to talk about it, she said.

“There are a lot of winemakers that want to remain traditional, and I completely understand that,” McBride said. “There’s a certain sexiness about the barrel. You don’t really want to walk your tourists through the cellar and show them all these plastic containers around and then ask them to buy a bottle of wine.” 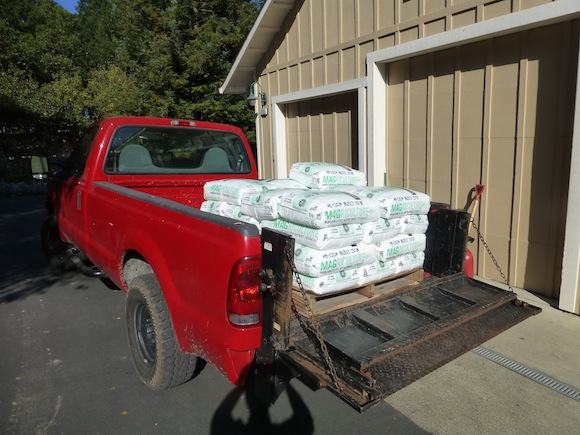 If you have been reading the blog, you will know that the Pinot Noir harvest has been a little high in  pH.  This was due to 3 reasons: young vineyards normally have high pH’s; watering between set and veraison will cause the vines to pull up potassium from the soil; if the soil does not have the correct ratio of Calcium/potassium/magnesium of around 6/1/1 with more potassium than magnesium, the potassium will be pulled into the berries and raise the pH.

Our 2013 harvest resulted in a pH of 3.76 and potassium level of 1700 ppm with 1 year of growing and limiting the water from set to veraison.

For 2014 we are adding 1/2 pound of Organic Epson Salt per vine.  The Epson Salt will add magnesium level close to the potassium level.  Hopefully this should reduce the uptake of potassium.  In addition, we are installing an extra drip hose for those vines that need water.  This will alleviate the need to water an entire row until it needs it.  This should help the potassium level as well as enhance the flavor of the grapes.

So…how is this done.   We purchased 1600 pounds of Epson Salt and will sprinkle this along the vine row.  When it rains this will quickly dissolve into the soil. 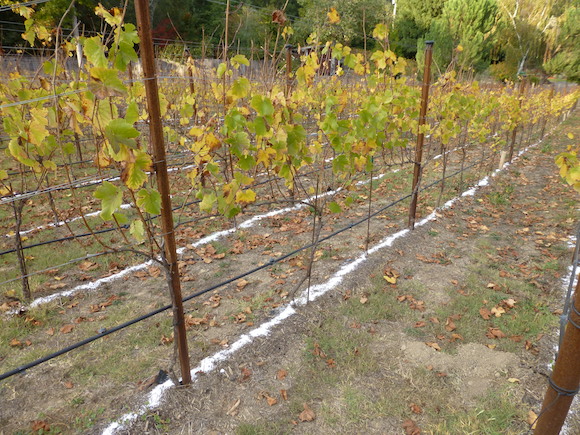 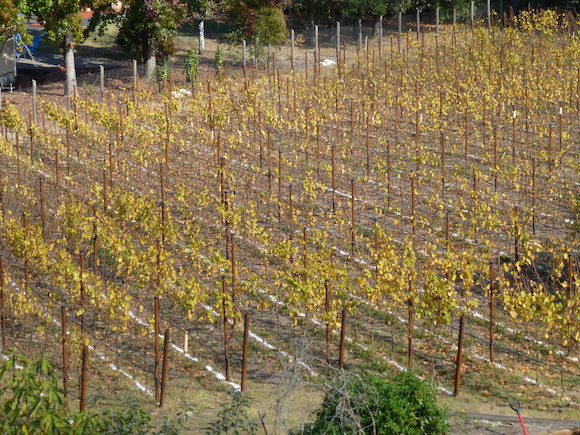