When is it time to sulfur your wine and how much?

First, sulfur has been used since the days of the Roman Empire to purify wine containers to control microorganisms. I know there is a push for Natural Wines without sulfur, but I’m not convinced you can reliably make sulfur-less wine.  There are things you can do to reduce the need for sulfur, such as: adjust the pH of the wine must lower, making sure the vineyard does not have mold when you pick, being very clean as you make the wine, minimizing the oxygen during winemaking and using a screw top at bottling.

I normally sulfur as soon as I pick the grapes to control any mold in the vineyard to around 30ppm. This will get bound during fermentation and most will fall out at the press. For red wine you sulfur at the end of malolactic fermentation to preserve the wine for aging and then sulfur until bottling to keep the sulfur level high enough to control antibacterial growth.  Some people claim it is much better to add a larger amount of sulfur at the end of malolactic fermentation to stop any growth immediately and then only sulfur at bottling.  This is what I will do this year.

The table below shows the amount of molecular sulfur needed to protect the wine. Red Wine needs less molecular sulfur since it has tannins. These levels in the table will result in about 0.5 ppm free sulfur, which is what protects the wine. For White Wine you need about 0.8 ppm free sulfur since it does not have tannins.  One big item you should notice in the table is that as the pH of the wine increases, the sulfur needed goes up dramatically.  Most Pinot’s are around 3.5 to 3.6 pH, but ours is 3.8 due to the age of the vineyard. 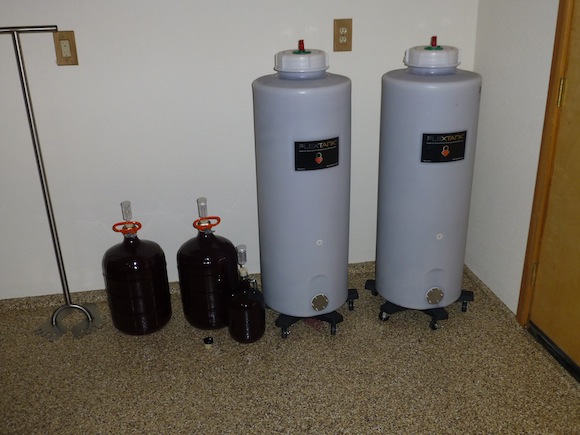 I wanted to test if our 2013 Turtle Vines Pinot Noir had finished malolactic fermentation, so I sent a sample to the lab on Dec 9th..  You can also just look/listen to the wine.  If the wine is warm and you no longer have small bubbles coming to the surface or when you open the top and you don’t hear the fermentation…it is complete.  However, I have the wine in the garage where it is cold, so instead of warming it up, I took a sample to the lab.  In addition, I had them perform other needed tests so it seemed like a good time to get those done.

Everything looks great!  It is now time to sulfur. 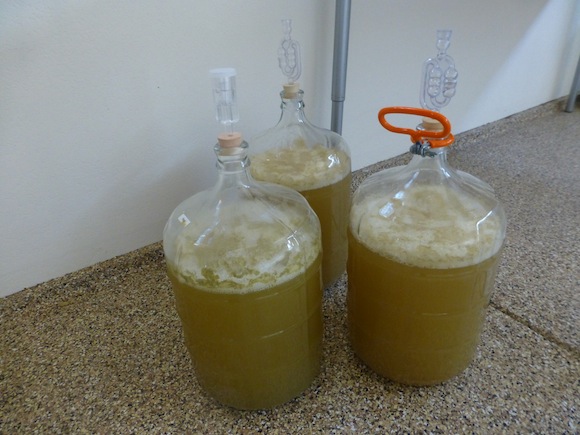 I have been reading a lot lately on the timing of malolactic fermentation for wines.  Just so you know what I talking about…alcohol fermentation is when the yeast convert the sugar to alcohol and malolactic fermentation is when bacteria convert the harsher malic acid to softer lactic acid.  Prior to having commercially available bacteria in 1996, the malolactic process happened on its own.  Sometime after alcohol fermentation finished the wine still fizzed and bubbled for weeks, and in many time continued until the spring when the wine warmed up.  When that stopped the wine was ready to sulfur.  In order to control the process better, many wineries now introduce malolactic bacteria, then question is when…

Malolactic bacteria grow well when the pH is above 3.2 (the higher the better), when the temperature is above 55F and when the alcohol level is low.  This would indicate to introduce the bacteria right after the alcohol fermentation has started.  In addition, most people report a fruitier wine with co-fermentation.  However, In some cases this will cause the primary fermentation to stall.  The really big benefit is that the process completes very early and you can protect your wine with sulfur just a few weeks after primary fermentation has completed.

If you wait until after alcohol fermentation the temperature has dropped and the alcohol is at its peak, so the malolactic process will take around 30 days longer or more.  In addition, for Pinot Noir, if you co-ferment you will probably lose color.  But, sequential fermentation seems to produce a more structured, powerful wine, whereas co-fermentation may “round” things off to much.

So, what to do with my set up since I put the wine in a cool place after fermentation?  Given my pH is high, I want good color for my Pinot, and I don’t want a stuck fermentation…I’m going with the sequential process.  I just have to monitor the process closely and  leave it on its lees for added protection before I sulfur. 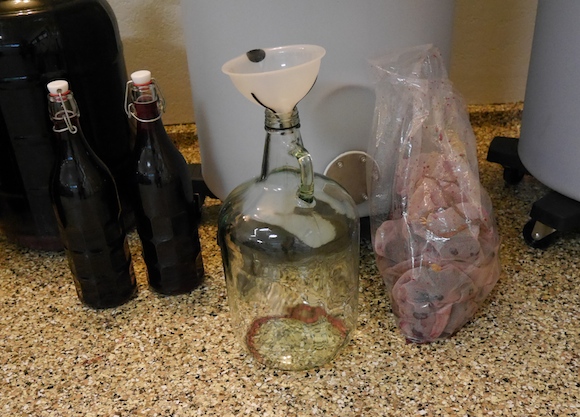 Has it oaken enough?  Always a difficult question but much more controllable since we use Flextanks and Oak Balls.  If you were reading any of the September posts, we pressed on 9/23/13 and racked and oaked on 9/24/13.  The vendor recommended that the oak go in during malolactic fermentation to smooth integration of oak to the wine.  They said it should remain for approximately 8 weeks for maximum extraction.  We took them out 12/3/13 so it was 10 weeks…I tasted the wine and it was very nice.  It has not fully finished malolactic fermentation, but I think it will be a great vintage! 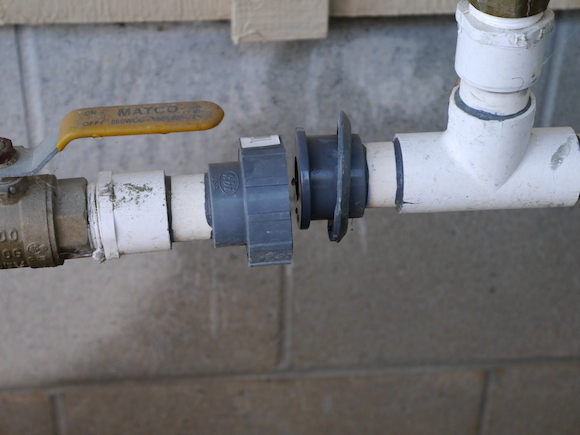 Yesterday I was out in the vineyard sowing insectary flowers every 10th row.  I’m hoping this will  help our organic vineyard attract beneficial insects in future years.  As I started my day I heard running water near the back of the barn and you can see in the picture above what I found…our  1.5″ vineyard irrigation pipe had broken due to the cold weather and was gushing water!!!  This could have been a disaster had I not been home when this happened as we are connected to a well.

I know it was only 27F, nothing compare to most parts of the country, but I’m guessing the PVC setup was causing stress on the system and the cold exacerbated the piping and it broke!  Looks like another winter project around the vineyard to keep me busy.

FYI…normally in the winter the low temperature is around 35F, since we are only 20 minutes from the ocean.  Record lows for most months are 22F, so this was pretty cold for us. 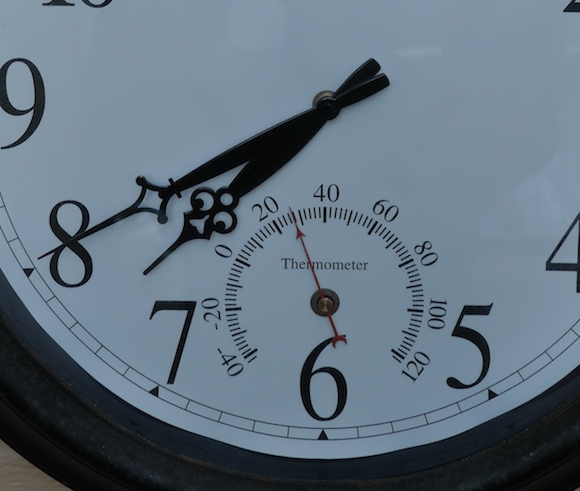