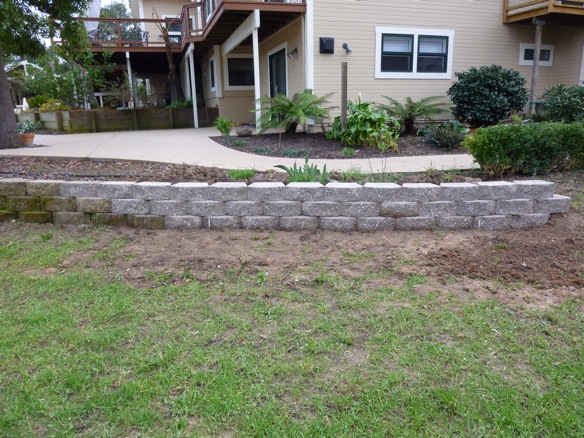 Yes….more work on the vineyard.

Some folks ask…..so is this all you do? Well, not quite. Since it is almost the spring, I have gotten out golfing 3 times, spread a little bark, built a retaining wall, done our taxes, started trapping for gophers, working out, etc…..you get the picture. In addition, I did learn that when you put pavers on the ground you need to put weed cloth down otherwise the sand will get washed away (see below) 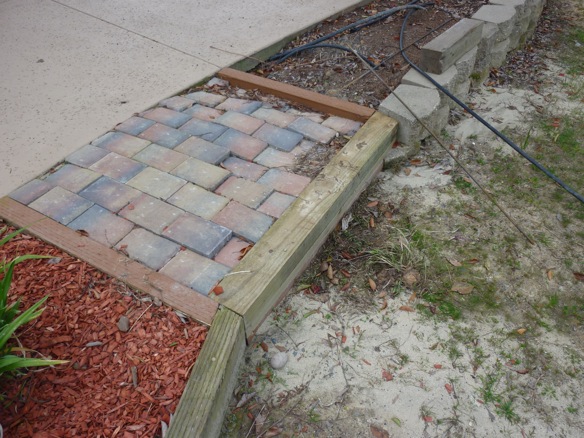 Last but not least. I have been looking for Vegan fertilizer for the vineyard to “Juice” the plants. They do make it but it is 2.5x as expensive and not as good. 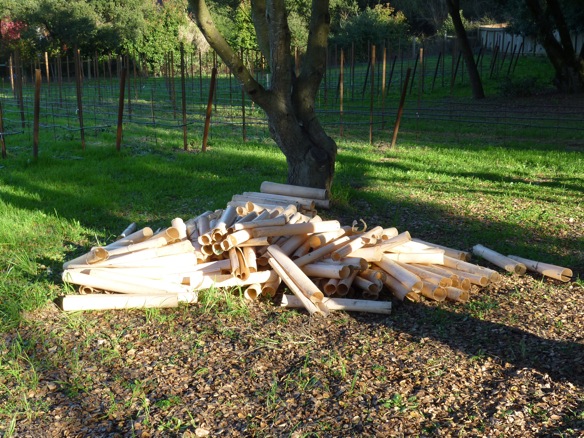 Well, 2011 has been a very good year so far for the vineyard. For the first 6 weeks of the year we have seen snow storms in most of the country and here in Sebastopol is has been mostly warm and dry (rains are back this week). And as they say in the farming business……”Make hay while the sun shines”. So if you have read any of the other posts….I have been getting the vineyard in shape for the year. Here is the summary of what I have done this year.

So you ask….what is next?

– Have to keep the vineyard in good shape by flaming/weeding and mowing.
– Replace vines that did not grow last year or that the gophers ate
– Plant Joey’s Sauvignon blanc vineyard in the front
– In March we start “Juicing” the vines….otherwise known as fertilizing
– Tying the vines up as they grow in April thru August
– Gohper trapping
– Install fruiting and canopy wires

Some pics below of the rows after flaming and yesterday with the rain. 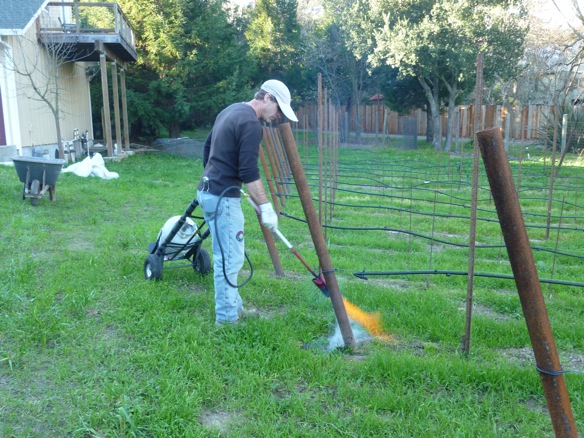 Since Turtle Vines is striving very hard to be organic…..and I have mentioned that weeding is the most difficult issue the first two years…..we are now flaming our weeds! Just started today and I’m a little afraid that I might fry the little vines. So I’m going very fast and will see how it goes. Won’t really know until bud breaks in about 6 weeks whether I hurt them or not. Cross your fingers.

By the way, the reason behind flaming is to get the moisture out of the weeds without burning them. If they burn, then the roots will not die…..so you have to make sure they just look wilted.