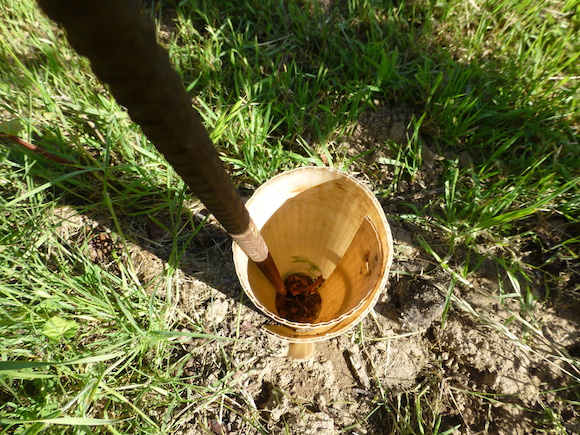 OK, so if you have watched Caddy Shack you probably think gophers are cute and harmless.  Well, here in West Sonoma County we would do anything to get rid of the little guys!  They eat the roots of the grapevines.  Let’s do a little math….it takes around 4 years until the vine is in full production.  Eat vine I have makes about 1 bottle of wine…so if a gopher eats a full grown vine I lose about $100 of gross wine sales.  Now they are not so cute.  Last week I had to replace 93 vines….some from gophers and some that never grew well. 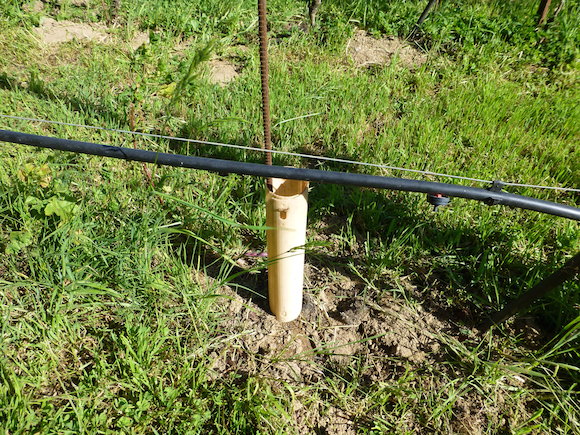 I have to hand water the vines until we start irrigating the entire vineyard in 2 months, a lot of work. 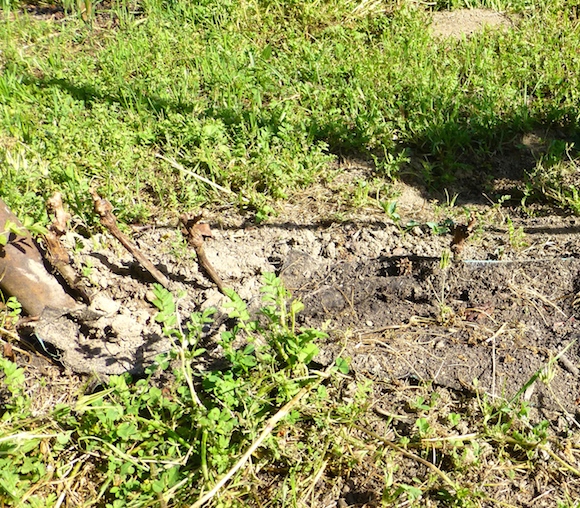 I had 7 vines left over that I planted in a nursery row. 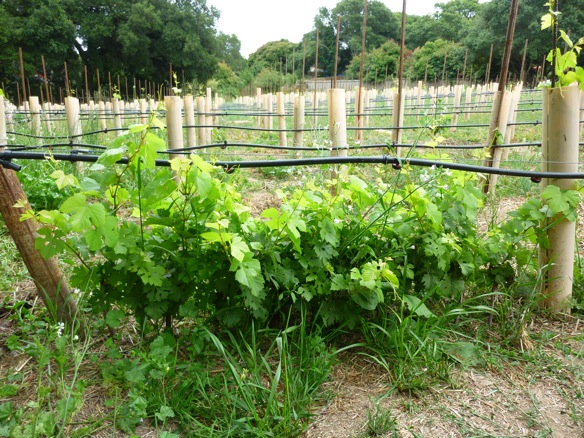 So I had a 1 year total failure rate of 1.8%. The ones that we deemed seconds were much higher….probably around 5%. It was also very interesting, but not surprising, that the ones we planted that had bigger roots did better both from a dead on arrival and how the vines look this year. Both of them were on rootstock 101-14, but for some reason the pommard clone was healthier when they arrived than the 667 clone.

I had planned on some not growing, so I planted 25 extra plants of each clone in nursery rows. I will use these first as they are healthy vines that will grow very quickly….perhaps enough so that I can get a trunk this year. The pommard clone has enough of these so I didn’t have to buy anymore….but the 667 had a lot of seconds so I purchased 50 more of these. Some will go into the field and some will become nursery vines for next year.