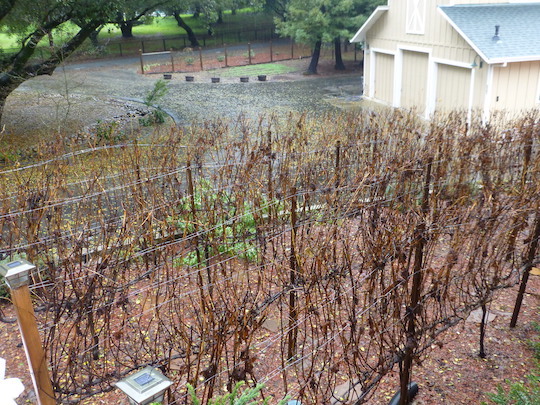 I believe in Global Warming, but I sure don’t believe in the the rainfall predictions from forecasters early in the season.  Last year was supposed to be a HUGE rainfall season with El Nino…but it ended up about normal.  This year is La Nina and they have predicted average rainfall…yet it looks to be very wet in Sonoma County. If you watch the national news we will have are having an “Atmospheric River” of rain…and we are having severe flooding in the area. We at Turtle Vines are not in a flood area but this was the worst winter storm since 2005 in Sonoma County. That one caused ~$100M of damage, hopefully this one is not as bad…let’s hope.

PS  From a vineyard standpoint, a cold winter is nice to delay bud break and a good soaking late March, early April is fantastic so we avoid watering until July or August for flavor development.  Just no rain May/June as that would be bad for powdery mildew and botrytis.